Participation in the Discourses of Society

Over the years, the Bahá’í community has come to refer to one aspect of its efforts to contribute to the advancement of civilization as participation in the discourses of society.

At any given moment, and in social spaces at all levels of society, there are a range of ongoing discourses concerned with various aspects of humanity’s wellbeing and progress: discourses on such subjects as the equality of women and men, peace, governance, public health, and development, to name but a few. Individual members of the Bahá’í community—whether through their involvement in the life of the local community, their efforts of social action, or in the course of their studies, occupations, or professional activities—strive to participate fruitfully in such discourses, learning with and from others and offering their personal insights, informed by the Bahá’í teachings, to the unfolding discussions. Bahá’í-inspired agencies also contribute to discourses associated with aspects of social and economic development relevant to their work. 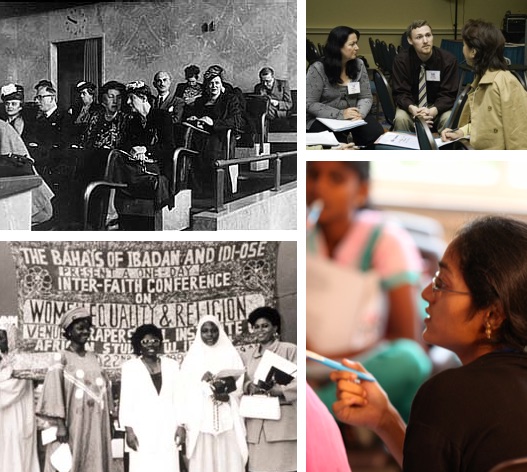 Meanwhile, agencies of National Spiritual Assemblies try to contribute through various avenues to the promotion of ideas conducive to public welfare. At the international level, the Bahá’í International Community (BIC) is similarly engaged. The BIC is an international non-governmental organization, accredited with consultative status with the United Nations Economic and Social Council (ECOSOC) and with the United Nations Children’s Fund (UNICEF), which represents all the National Spiritual Assemblies in the world. It is an active participant in many of the United Nation’s major conferences and commissions, frequently presenting papers and statements on such diverse subjects as minority rights, the status of women, crime prevention, and the welfare of children and the family. With offices in New York and Geneva, the BIC participates on a daily basis in the constant stream of forums, seminars and small group discussions taking place in those locations. The BIC is also coming to play a more active part in discussions at the regional level and, to this end, it is in the process of establishing new offices in cities throughout the world. One such office was opened in Brussels in 2012 to coordinate the efforts of Bahá’ís to work with and support European organizations including the European Union and Council of Europe.

At whatever level it occurs, the purpose of Bahá’í participation in discourses is not to persuade others to accept a Bahá’í position on this or that subject. Nor is effort in this area of endeavor pursued as a public relations activity or an academic exercise. Rather, Bahá’ís strive to adopt a posture of learning and engage in genuine conversation. As such, they do not set out to offer any specific solutions to the problems that face humanity such as climate change, women’s health, food production and poverty alleviation. Yet Bahá’ís in a range of settings around the world are eager to share what they are learning in their efforts to apply Bahá’u’lláh’s teachings towards the advancement of civilization and to learn with and from other like-minded individuals and groups. 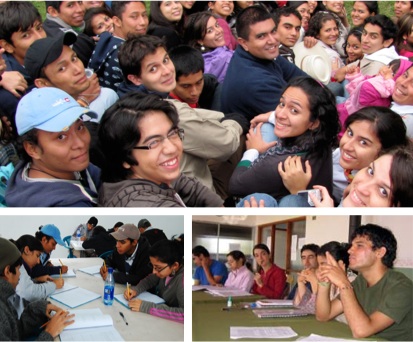 One of the ways in which the Bahá’í community is building capacity for this purpose is through seminars for undergraduate and graduate university students. Conducted by the Institute for Studies in Global Prosperity (ISGP) at the national and international levels, these seminars explore subjects especially relevant to students and young professionals. Periodic conferences hosted by the Associations for Bahá’í Studies represent another avenue for building capacity in this regard. Such conferences serve as a forum for interested people of all ages and from every field to correlate the Bahá’í teachings with contemporary thought.