The resting place of Bahá’u’lláh’s earthly remains is at Bahjí, the holiest place on earth for Bahá’ís.

In the decade immediately following the execution of the Báb, Bahá’u’lláh assumed the effective leadership of the community of the Báb’s followers in Baghdad, reorganizing its affairs and reviving the spirits of its members. He furthermore entered into dialogue with the people of Baghdad, including religious leaders.

Despite declaring His mission to His companions on His departure from Baghdad, it was not until Bahá’u’lláh was in Adrianople that He began to proclaim openly that He was the Manifestation of God for today, promised by the Báb. He also sent emissaries to Iran to inform the Báb’s remaining followers there of these tidings. All but a small number of the Bábís turned to Bahá’u’lláh, and so became known as Bahá’ís.

Among the messengers whom He sent was a devoted follower from Yazd named Ahmad. In 1865, Bahá’u’lláh addressed a powerful letter—or “Tablet”—to Ahmad in which He describes Himself as “the Nightingale of Paradise”, and “this resplendent Beauty”, foretold in the holy books of the past. Today, this Tablet is often read at times of difficulty, and is a source of solace to Bahá’ís around the world.

Persecution of the Bahá’ís in Iran

As the nascent Bahá’í community began to emerge in Iran, it frequently encountered extreme persecution and repression. Among the most renowned Bahá’ís killed during this period was a youth known as Badi. In 1869, at the age of about 17, he became one of the first Bahá’ís from Iran to reach the prison city of ‘Akká and enter the presence of Bahá’u’lláh. Bahá’u’lláh entrusted to Badi a letter to the Shah of Iran, instructing Badi to return alone to deliver it. Having bravely presented the message to the Shah while they were out on a hunting trip, Badi was tortured and cruelly put to death.

The prison in ‘Akká where Bahá’u’lláh was held captive.

In 1879 in the city of Isfahan, two brothers—who were highly esteemed and trusted local merchants—were arrested and beheaded at the instigation of the leader of the Friday prayers, who owed them a large sum of money and wished to avoid payment of the sum. Bahá’u’lláh mourned the loss of these two brothers in a number of His Writings, naming them the “King and Beloved of Martyrs”, and “the Twin Shining Lights.”

When Bahá’u’lláh’s confinement in ‘Akká began to ease, the number of pilgrims from Iran to the Holy Land increased. When they returned home, the upsurge in their activities provoked further opposition from the Iranian authorities. A number of leading members of the Tehran Bahá’í community were arrested and condemned to death in 1882 and 1883. Bahá’ís were frequently arrested and imprisoned in other major cities.

Initial spread of the Bahá’í Faith

During the final years of His life, Bahá’u’lláh instructed and encouraged some of His followers to take up residence in other countries, such as Egypt, Caucasia, Turkmenistan, and India, thus spreading the new religion. While interest in the Bábí movement had been essentially confined to Shiah Muslims, the late period of Bahá’u’lláh’s ministry saw Jews, Zoroastrians, and Christians also join the ranks of His followers. 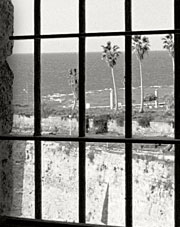 Nabil-i-A’zam, the author of a famous historical narrative of the Bábí period, travelled to Egypt, Iraq and Iran to proclaim the advent of Bahá’u’lláh. In Cairo, Nabil was imprisoned. There, he befriended a Christian cellmate, Faris Effendi, who became probably the first Christian to accept Bahá’u’lláh’s claims.

In 1875, Baha’u’llah dispatched another accomplished teacher of His faith, Jamal Effendi, to India. There, he helped establish Bahá’í communities in Bombay, Calcutta and Madras. Among those he taught was one Siyyid Mustafa Rumi, who subsequently founded the Bahá’í community of Burma. In later years, Jamal Effendi himself travelled to teach the Bahá’í Faith in Burma, as well as Java, Siam, Singapore, Kashmir, Tibet, north-western China and Afghanistan.

Word of Bahá’u’lláh’s Faith also began to spread to the West during the last years of His life. In March 1889, the distinguished Orientalist, Professor Edward G. Browne of Cambridge University, delivered a lecture in Newcastle, England about the new Faith's genesis, followed by similar papers at the Royal Asiatic Society in London.

By the time Bahá’u’lláh passed away in 1892, His Faith had spread to some 15 countries.